This concert is generously sponsored by Ruth & Joel Schoenmeyer

Picosa’s third concert of the season transports us to different times and places through music.

Inspired by the Mediterranean coastline of Italy, Elizabeth Brown writes of Liguria:

“The music, constructed of layers, echoes, and shadows of a few themes set in a resonant, pulsing sound world, reflects a certain lyrical melancholy I felt during an Italian residency in 1998. Above the Liguria Study Center, steep narrow walkways twisted through ancient olive groves and between walled houses and small farms, with the Mediterranean spread below. In nearby Genoa, centuries of history were revealed in layers of beautiful decay in the dark old quarter. Even the food and wine had accumulated ages of rich flavor, and I always had a sensation of falling backward through time.”

Jonathon Kirk’s Mechanical Birds is inspired by the song of the extinct Kauaʻi ʻōʻō bird, once endemic to the Hawaiian island of Kauaʻi.  This work is paired with Olivier Messaien’s Theme et Variations for violin and piano, another composer who is known for his inspiration by what he believed were the divine nature of birdsongs.  The second half of the program presents Iranian composer Behzad Ranjbaran’s Fountains of Fin, reminiscent of the beautiful Fin Gardens in Kashan, Iran.

The program closes with Jonathon Kirk’s transcription of an American favorite, Appalachian Spring.

Ironically, Copland’s work was composed before knowing what the title would be, and therefore was not deliberately evocative of the Appalachians, but rather inspired by a poem, “The Dance” from “The Bridge” by Hart Crane and suggested by Martha Graham:

O Appalachian Spring! I gained the ledge;
Steep, inaccessible smile that eastward bends
And northward reaches in that violet wedge
Of Adirondacks! 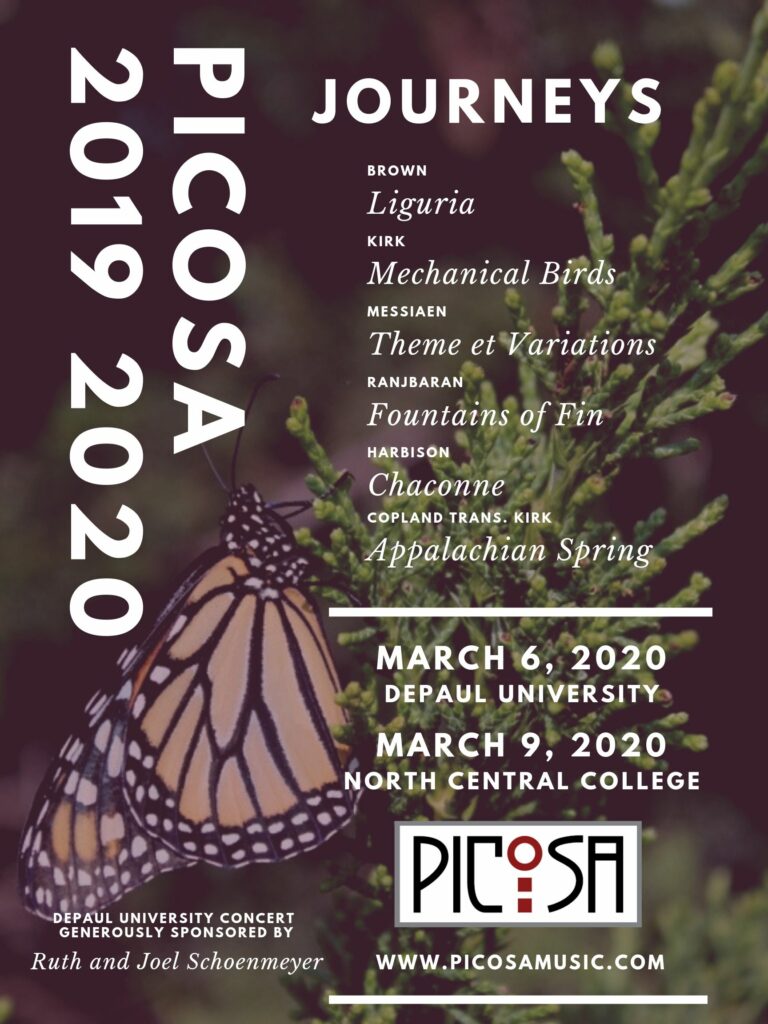